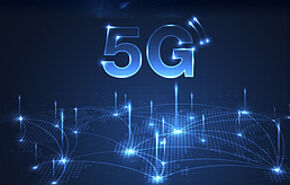 The National frequency Agency (ANFR) is publishing the results of its simulation work in a very dense urban area, the 14th district of Paris. It shows the first order of magnitude of increased exposure that 4G optimisation or 5G would require.

This study is part of the general work on the assessment of exposure to mobile networks in dense urban zones carried out in particular by the national committee for dialogue on public exposure levels to waves. Carried out jointly with the Building Scientific and Technical Centre (CSTB), it analyses the first scenarios that would make it possible to meet the increasing user demand for mobile connectivity.  In this intermediate report, four scenarios were studied:

The next steps in this work will be to refine the deployment scenarios in terms of the technology and powers used in the different frequency bands open to mobile telephony. Exposure will thus be more accurately simulated. 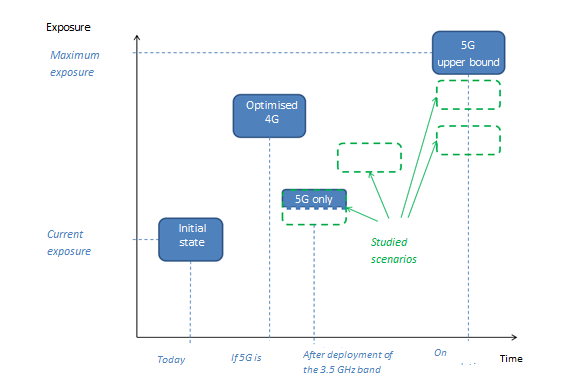 Table summarising the simulated exposure levels according to the different scenarios 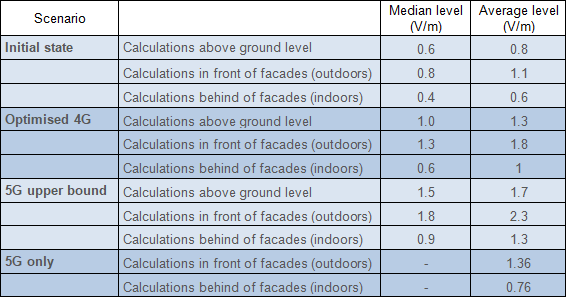 The full ANFR report on the wave exposure simulation work

The government report on 5G deployment in France and worldwide: technical and health aspects (in french)

General presentation of 5G (in french) 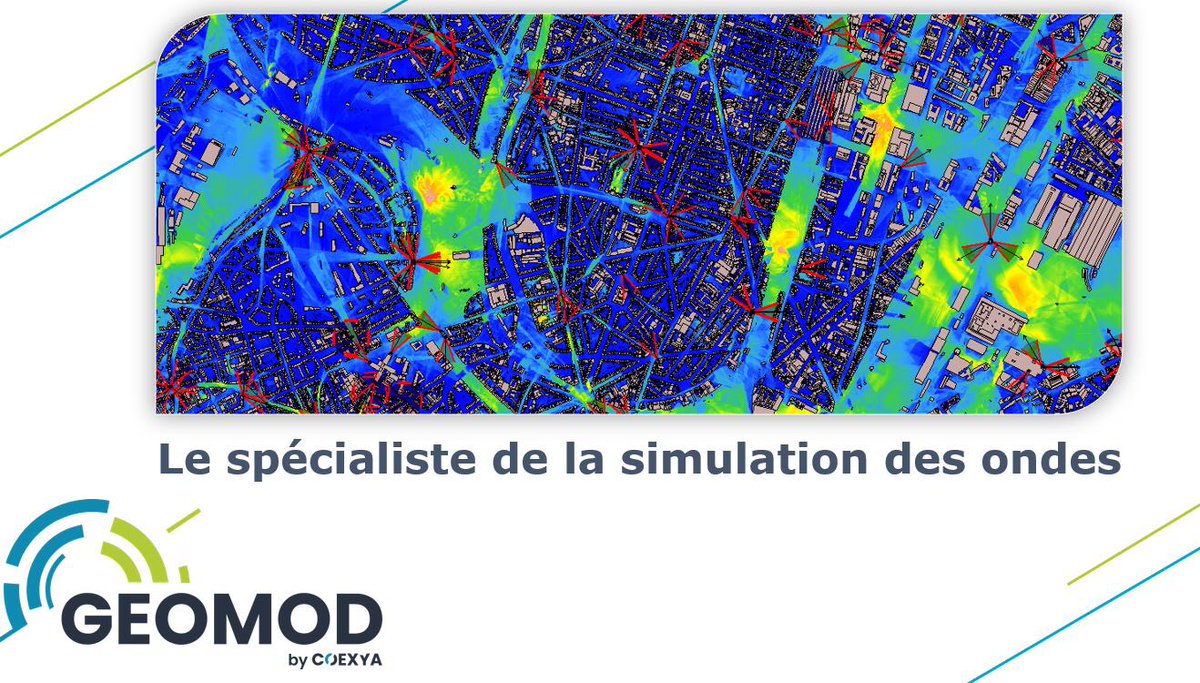 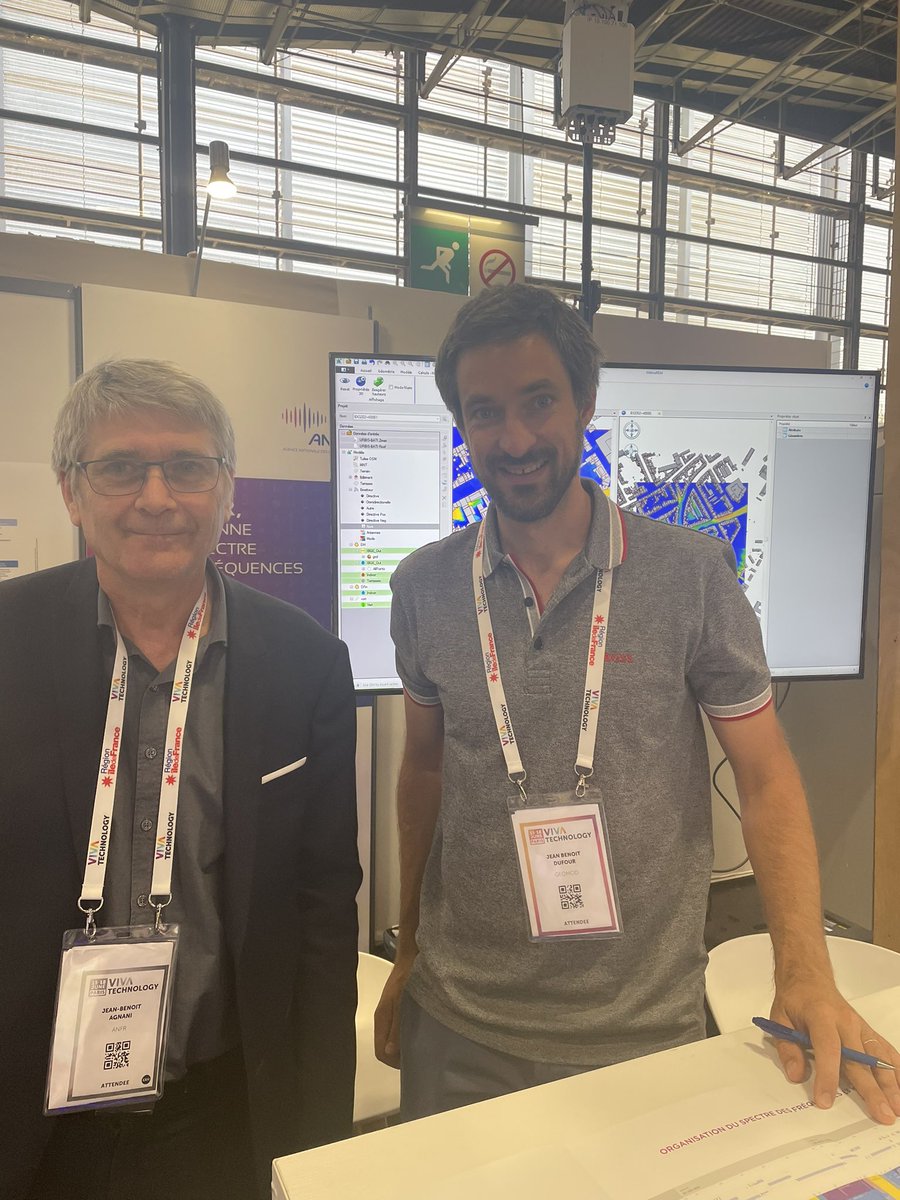 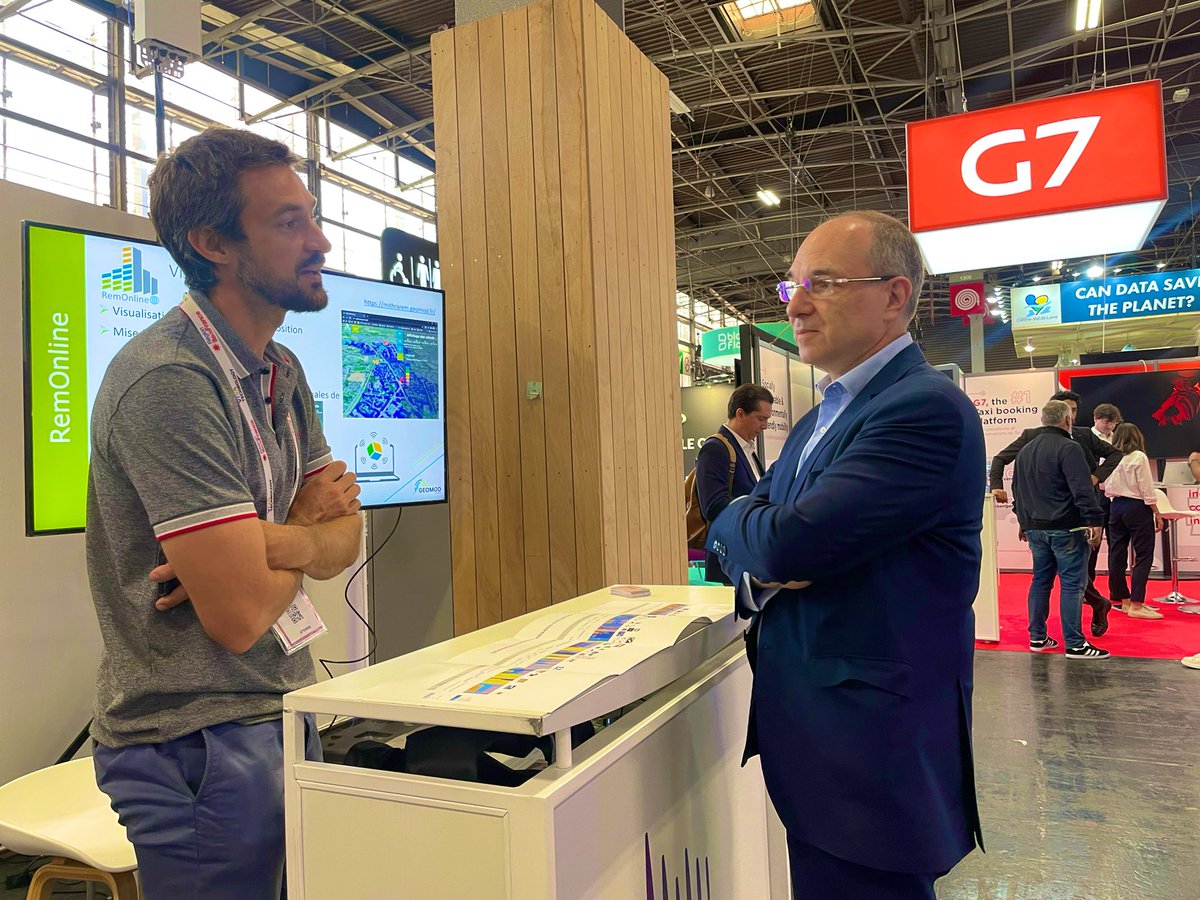